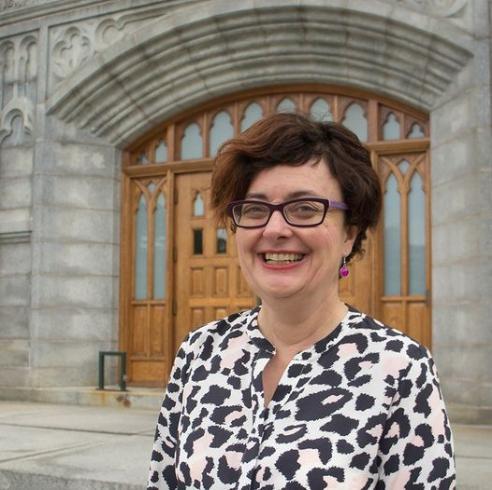 Margaret MacDonald graduated from Saint Mary’s University with an Honours Degree in Religious Studies. As a first-year student, her goal was to become a lawyer eventually, but she didn’t know what her major should be. She started to become fascinated with the study of religion and was inspired by some of her professors, ultimately starting her career in Religion.

She first connected to AST when she took a course as an undergraduate while still at Saint Mary's. She received encouragement to go on to graduate work from a former professor at AST, Dr. Eileen Schuller. She went on to do graduate work at Oxford University.

Her life has been shaped profoundly by Religion, both professionally and personally. As a student, Margaret was very involved with Saint Mary’s Chaplaincy. In her professional life, she has done much outreach to church groups and organizations to share the fruits of her scholarship. After many years of teaching, research, and administration, she remains passionate about the study of the New Testament and Early Christianity.

Margaret prides herself on her role in advancing work on Women in early Christianity, including highlighting the significance of family life. She has published three books in that area, one co-authored with Carolyn Osiek. Recognizing the importance of scholarship on women has been closely associated with the recognition of the significance of the presence of women in Theological Schools and Religion Departments. In 2018 she was honored to be invited to take up the McCarthy Chair for senior women scholars in the Pontifical Biblical Institute in Rome (the Biblicum), where she spent three months.

If you feel inspired by Margaret’s story & want to further your education and knowledge in Theology and Religion, consider AST’s MA program, which is jointly offered with the Department for the Study of Religion in which she now teaches.